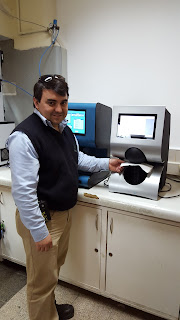 The quality control laboratories in manufacturing environments are continuing to evolve. Most of us can remember the typical QC lab:


So many of these old ways of doing things have changed or have totally disappeared over the last 10-20 years.

Equipment Procurement
Laboratory equipment was always purchased 20 years ago. Wow, how that has changed. Nearly every discussion with a customer involves payment and financing options. Everything from buying equipment outright to leases and rental and even payment per test have been discussed. 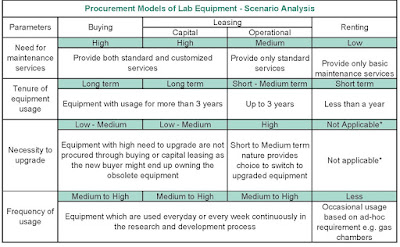 A. Need for maintenance services:

B. Tenure of equipment usage: 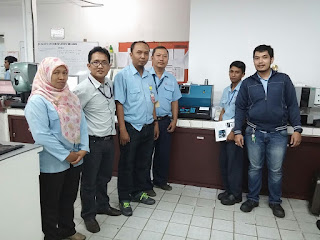 Other topics in blog posts:


Contact me with other blog ideas.
Posted by Unknown at 3:11 PM No comments:

NFL Coach Smashes Tablet and Goes Back to Paper 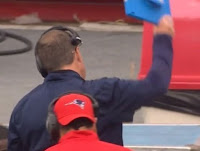 We agree with Bill Belichick of the New England Patriots - Paper is an awesome product!
Back in 2014, Microsoft struck a deal to supply the NFL with Surface tablets as a coaching tool.  I am sure it has many benefits … but seeing the video of Bill Belichick throw down his Microsoft Surface tablet in frustration made my day!


I feel his pain and have often felt like doing the same with my laptop or smartphone on many occasions.


Bill’s reasons for chucking the tablet are no surprise - he said that the technology failed him and made his job harder because it was too undependable and inconsistent.  He is going back to simple, functional, renewable and recyclable PAPER!
Posted by Unknown at 8:48 AM No comments:

Jim Abbott Will Be Missed...

Jim seemed a bit unassuming. He looked a little like Mr. Magoo. However, if you talked to him at all you realized he was more like Donald Trump. He never had an opinion or thought that he did not express.  The type of action Jim reveled in was either teaching a "youngster" at Proctor & Gamble a thing or two about tissue at their facility in Cincinnati, OH or discussing and debating the merits of different test methods and evaluations for tissue products and their applications. He loved a good debate. At times he seemed bored if there wasn't some kind of controversy to be debated.

He was employed by the Procter and Gamble Company for almost 30 years until he retired in 1994. However, he stayed very active in TAPPI (Technical Association of the Pulp & Paper Industry). and ISO (International Standards Organization).  His research and testing interests were in tissue products.  This isn't the type of dinner-time conversation that brings flocks of followers and invitations to speak at university functions. However, this seemingly grumpy individual possessed a treasure trove of knowledge when it came to the history of testing methods and standards related to the Paper Industry.

Once you were on his radar, he could easily explain the history of different tests, their inception, changes that occurred, and why these changes were made. He would also give you the unfiltered version of how these things evolved, whether motivated by geographic politics (Europe vs. North America) or sound technical considerations.

Jim was a tireless volunteer in this respect. He was involved in ISO, TAPPI, ASTM and other standards organizations. He selflessly volunteered to review many standards when no one else would do so. He was a great asset in this regard including being Chairman of the U.S. TAG (Technical Advisory Group) to ISO TC 6 (pulp, paper and paperboard). He also initiated the first Working Group within ISO for Tissue Properties, which still exists today.

Those of us who worked with him over the years will miss so many of his eccentricities, funny comments, appreciation of a nice adult beverage, technical prowess and sheer knowledge in the area of testing related to the Paper Industry.

Farewell, Jim Abbott...you will be missed!

Jim Abbott funeral arrangements
Posted by Unknown at 8:14 AM No comments: